About the Honey Bee

The worker bees are all female and begin life in the hive as a nurse bee feeding the brood (larvae), keeping the hive clean and regulating the hive temperature by fanning their wings. Around the 7th day, they begin producing royal jelly from a gland in their head, which is high in growth-promoting energy and protein. It is fed to the queen throughout her life - much required for all her egg production. The drones (males) and young larvae are also partly fed on royal jelly. Wax is made by a gland in the abdomen. It is secreted through the cuticle as an oily flake then built into comb. After about 3 weeks, when its wings are strong enough, the young bee begins its life as a worker, foraging out for nectar. It will live as long as its wings are capable of carrying its body weight in flight, usually around 35 days in summer. Once damaged, it will not be able to work and is removed from the hive.

A drone is larger than workers and lives in the hive until pheremones (sex hormones) lead him out to mate with a flying virgin queen, usually from a different colony, dishing out over ten million sperm, after which he dies. (not surprisingly!)

Bees are very efficient and a bee who isn't a functioning member of the hive is swiftly dumped outside. The same goes for any unfortunate insects entering the hive. This helps protect the colony and conserve precious food resources.

A bee has no jaws, but a tongue like a pliable hollow tube, through which a thin tongue licks and sucks nectar from flowers. Glands at the base of the tongue make royal jelly and glands on the abdomen make wax. Breathing is done through the cuticles - tiny port-holes in the abdomen.

Queen bee at left with workers:

On a fine day, the newly hatched virgin queen will fly out, attracting many drones. Over a period of several days, and many in-flight matings, she will return to her colony. Content with the quality of this new genetic input, she will then ovulate and lay around 100-200 eggs an hour, day and night throughout Spring and Summer. A queen bee can live for around five years, and is surprisingly mobile, travelling throughout the hive to lay her eggs.

A wasp can sting repeatedly and not cause itself damage, but when a honey bee stings, it will be as a last resort, as it leads to death. Its sting is attached to its gut, which pulls out with the venom sac, so the bee will soon die. But bees can sting each other without dying.

When a colony grows too large, it will swarm. The old queen leaves with a swarm of followers to start a new colony. Before she goes, the bees rear a new queen, which remains in the hive to continue that colony. This is the bees' natural method of population increase. These balls of bees can sometimes be seen hanging in trees, resting before moving on.

Propolis is made by bees by collecting resinous sap from various plants. It's used as a draught proofing material in the hive, to prevent rain and predator entry and to “quake-safe” the hive interior. The hive must be kept at around 37 degrees celsius (our body temperature) so the incubating larvae and eggs can survive. During summer the excess heat is fanned off by the nurse bees wings, while in winter they do this to heat the hive.

Interesting fact: A honey bee will collect about a tea-spoon of honey in its whole lifetime. Ponder that when you next spread it over your toast!

www.alansfactoryoutlet.com/bees-hornets-and-wasps-of-the-world
This link was given to me by a contact in the USA and is really interesting, despite being mainly about the Northern hemisphere! Our NZ honey bees look like the pic but are definitely not Africanised bees - which have very fierce, aggressive behaviour! Our bees are often a mix of the golden, gentle Italian and darker, stripey Carniolan species, along with whichever hybrid the British settlers had, making them stripey, in various shades of gold through to dark grey! The settlers brought honey bees to New Zealand back in 1839, and may have been a little darker and grumpier than the species we see today. We have no native honey bees, but our wild bees, (which had escaped from hives and colonised the bush) were often darker, almost black and usually quite aggressive. Many bushmen, hunters and beekeepers can attest to the fiercet behaviour, but awesome honey production from these busy, angry bees! It was a mixed blessing to lose these wild bees to the spread of the varroa mite. 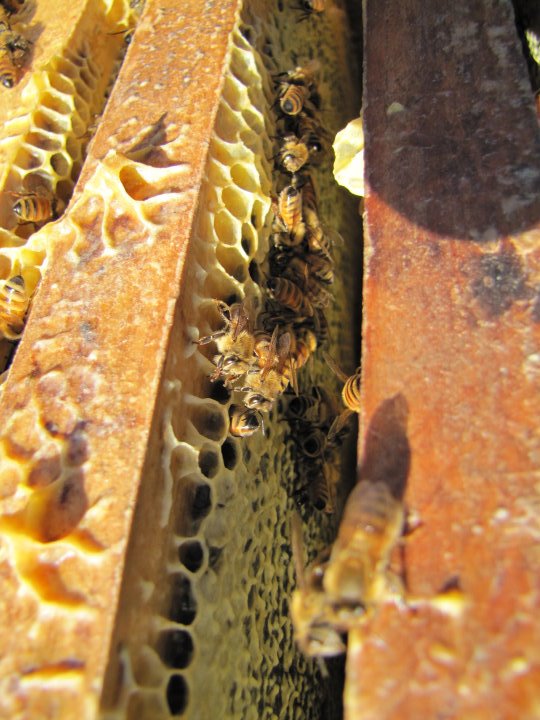 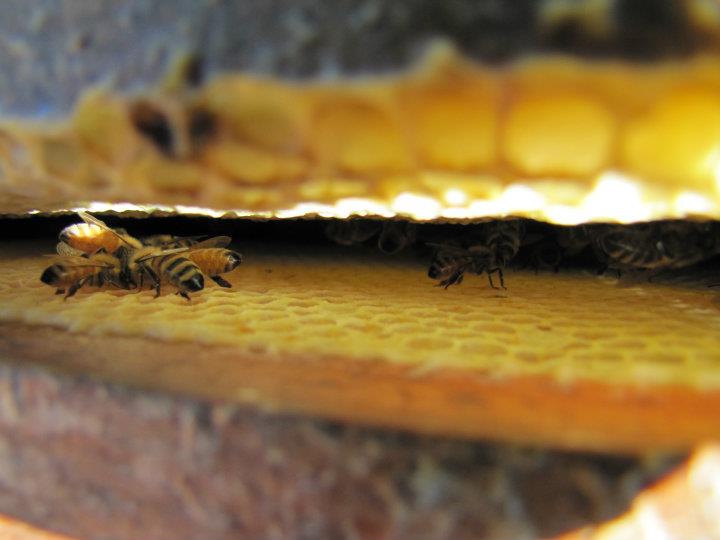 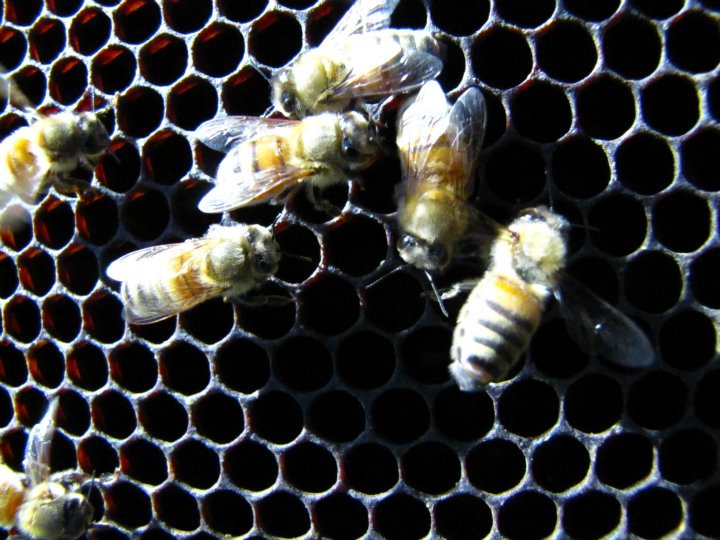